Here is an overall shot of all the components: 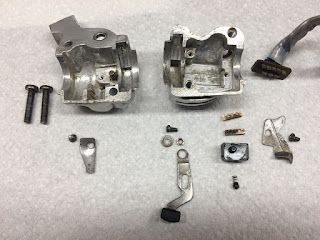 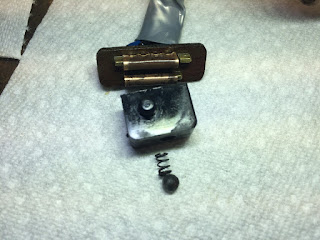 The two sliding contacts are different in that one has four dimples and one has three. 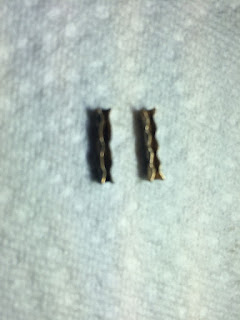 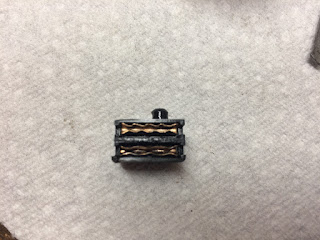 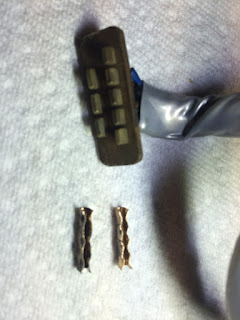 I use a little dielectric grease on the sliding contacts when I build up the assembly. 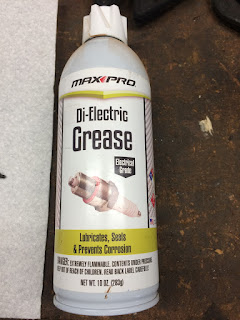 Before I assemble the sliding switch into the lever housing I add a small amount of regular grease to the detent features that the ball bearing on the switch block interface with and I also put a small amount on the spring and ball. 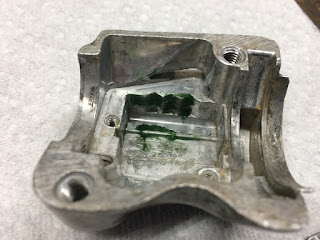 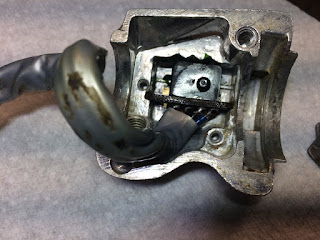 I then instal the switch lever making sure to include the very small bushing at the pivot end of the lever and then I install the lever screw and then the hold down plate. 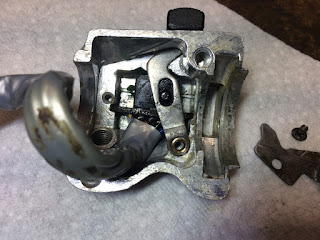 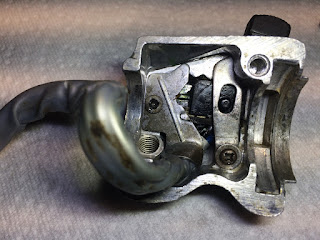 I'll make sure and check at this point that the switch operates smoothly and then I'll install the other half of the lever assembly buy laying the wire harness in the groove and then install the small plate with the screw. 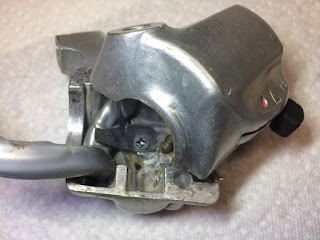 And then its ready to be installed with the throttle on the handle bars.